Our Story So Far…

Founded in 1985 by Mike and Lottie Ward, The Actor’s Workshop has been sharing its philosophy with young people from Calderdale for nearly 30 years. It was set up in response to the needs of eight lads from the then Local Heath Grammar School for somewhere to continue their interest in the Performing Arts, following the closure of their school. It became a registered charity  in 1988, as an independent entity. The Workshop has a skilled Board of Trustees, drawn from the Great and Good of Calderdale

Based on the experience gained by its Artistic Director in New York City during the 60’s and 70’s the core activities mirror those that were used in New York, where it had been increasingly shown that Theatre and the myriad elements that were required to create a performance provided an excellent focus to bring together the Caucasian, Afro-Caribbean and Hispanic teenage elements within the City’s population. The Workshop sees itself primarily as a sociological entity committed to building the self-respect and self-esteem of its young members.

In 1993 the McVities/United Biscuits Trust purchased a building close to Halifax town centre for the exclusive use of the Workshop. This became the training headquarters and, thanks to a grant from the National Lottery, further boosted by financial support from Halifax PLC, a theatre to accommodate 72. Subsequently, when this Trust was wound up, the building’s ownership was transferred to the Community Foundation for Calderdale.

In November 2001, following a long, successful period and having settled in to its second home, the Workshop was subject to a calculated arson attack in which absolutely everything was lost.

Happily, a local benefactor came to the Workshop’s assistance by providing accommodation for rehearsals and classes, rent-free and our then Chairman, Jeremy Hall; Managing Director of Dean Clough, came to our aid with office space so that activities could continue as usual. Performances were staged at the local Square Chapel Centre for the Arts and The Viaduct Theatre, Dean Clough.

The Community Foundation for Calderdale allowed us to use the insurance monies to purchase another building to serve as a new Theatre and Headquarters. This sum of money was supplemented with a grant of £50,000 the Home Office, a further £70,000 from the Nestle Fund and £25,000 from the Calderdale SRB6 Fund. Following the completion of Phase One of the building work in March 2004, we moved in to our new Headquarters. This is a fantastic resource, presenting the Workshop with a range of opportunities to extend its activities amongst local youth allowing it not only to carry on but to flourish. The future development of the building (in its current form and in days to come) is shaped by the projects and activities that are constantly being explored and developed in keeping with the needs of its members.

During its lifetime approximately  nine hundred local teenagers have passed through the Workshop and at least ten times as many citizens of Halifax have been affected by its activities. 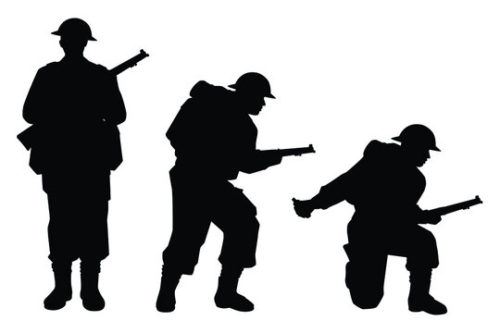